Last week the first signs appeared.  Along the street, in the supermarket, 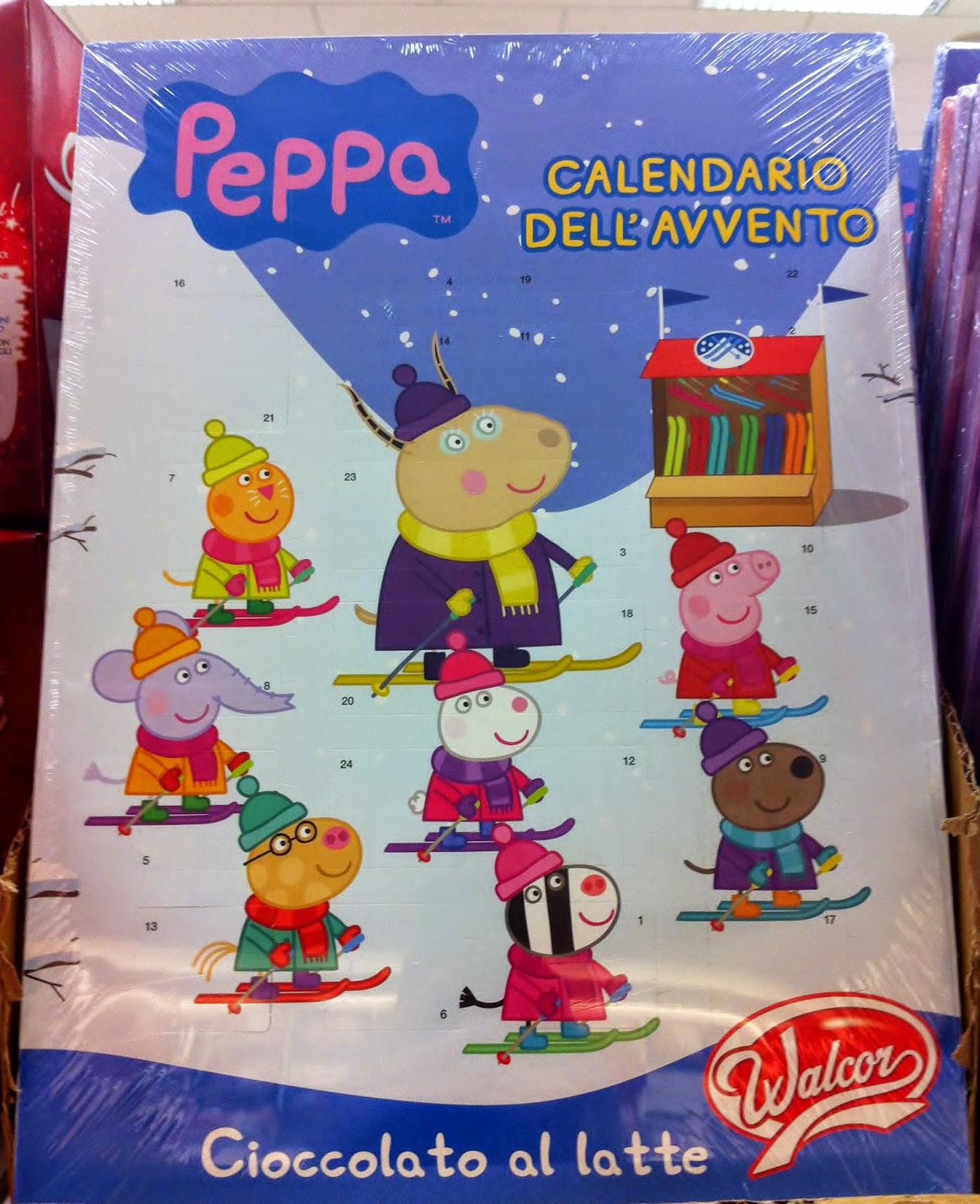 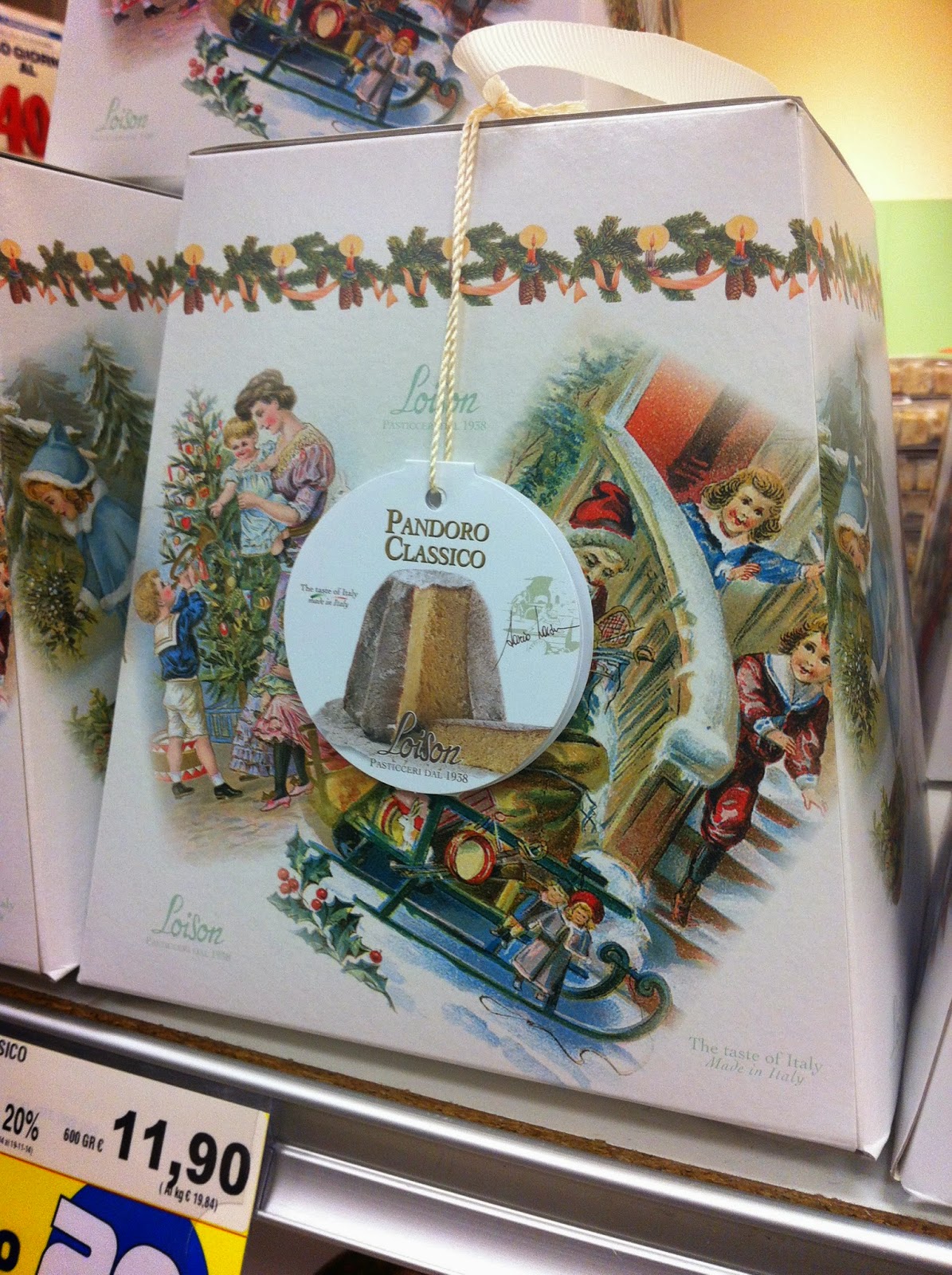 and in the shop windows. 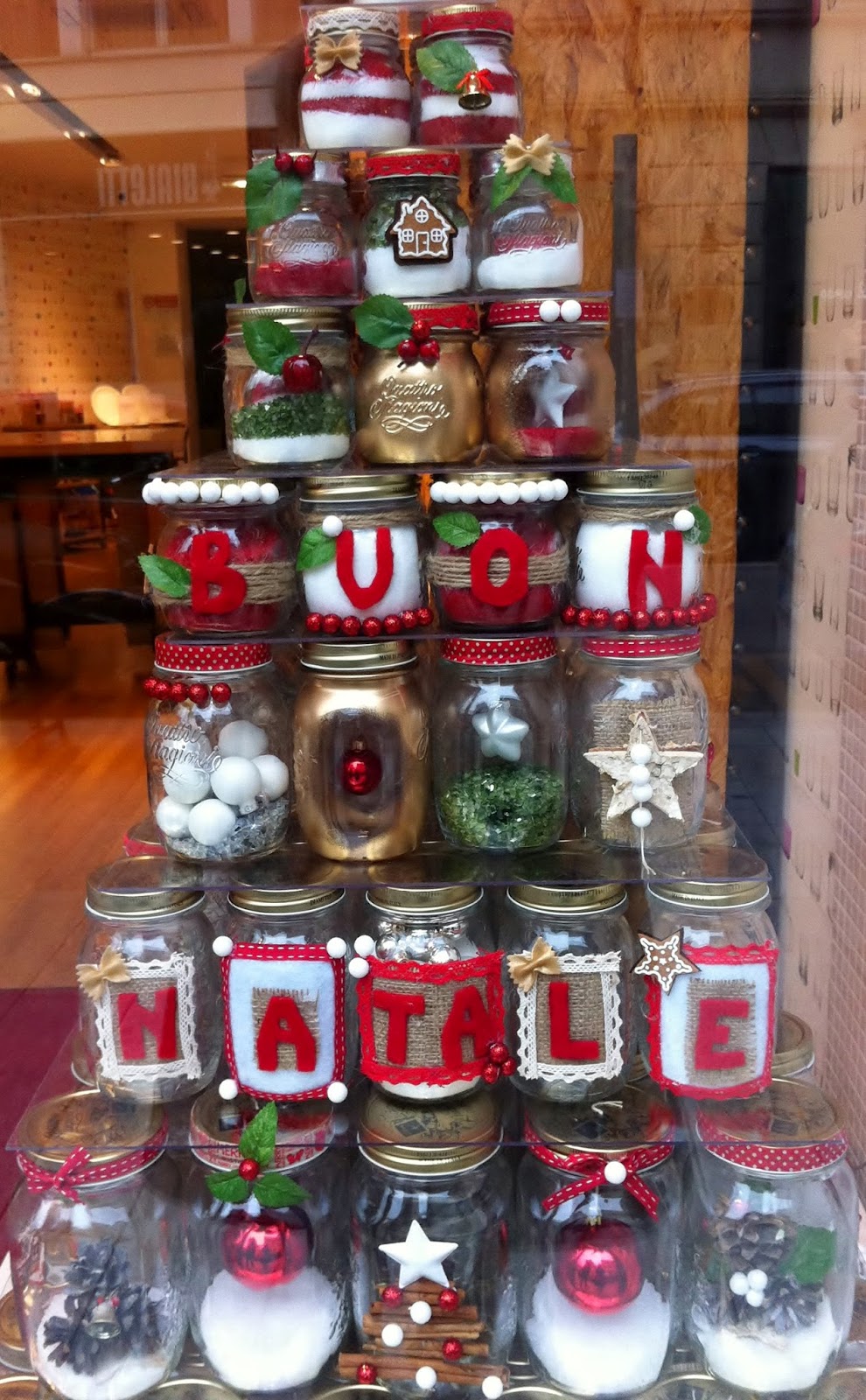 Christmas is coming and in Milan that means deck the halls with panettone. 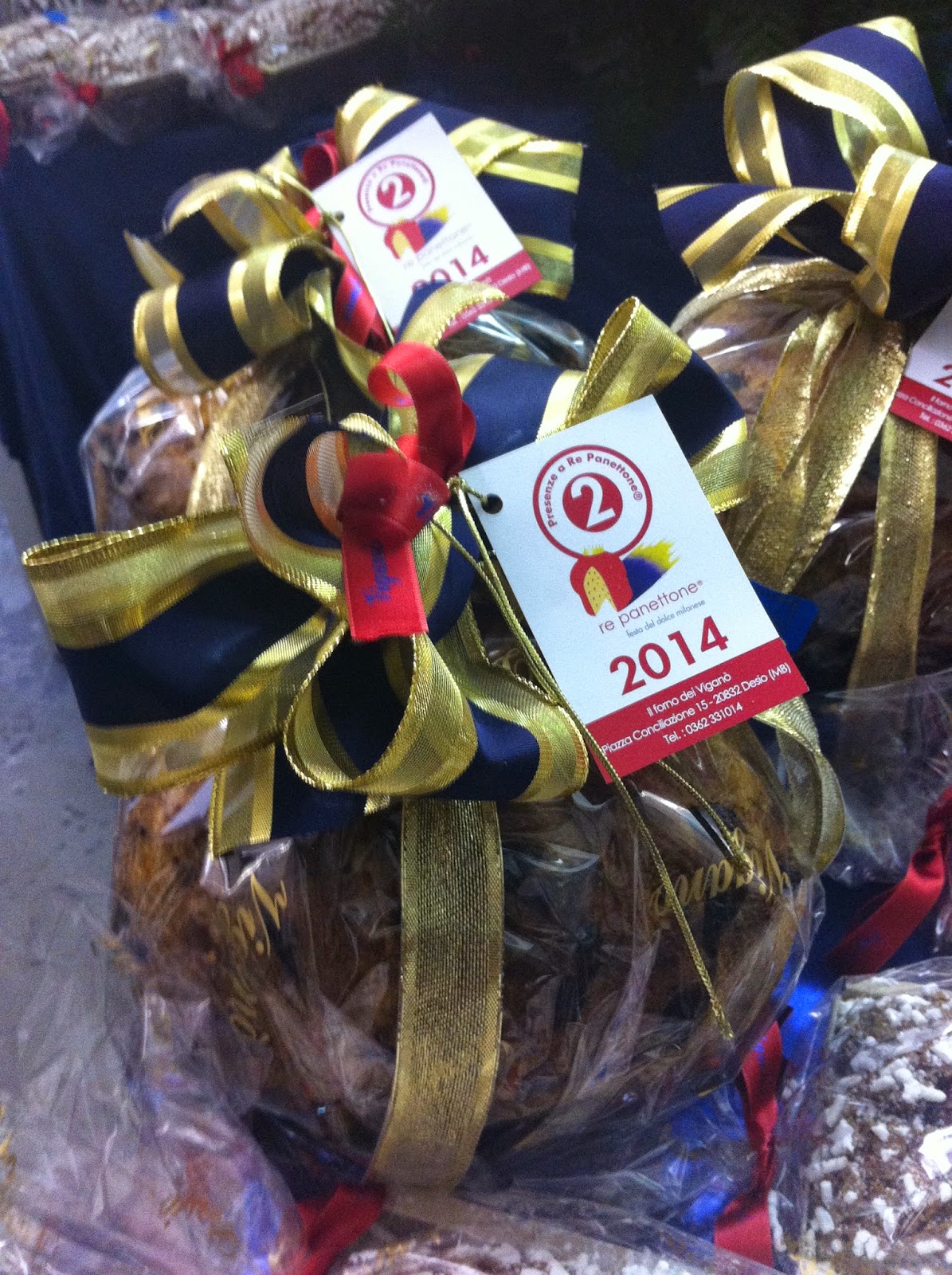 Today we joined the locals at a very Christmassy event. A panettone festival held just ten minutes walk from where we live.  Suprisingly, even though panettone originated in Milan, the festival attracts pasticcerie from throughout Italy, and even Switzerland. 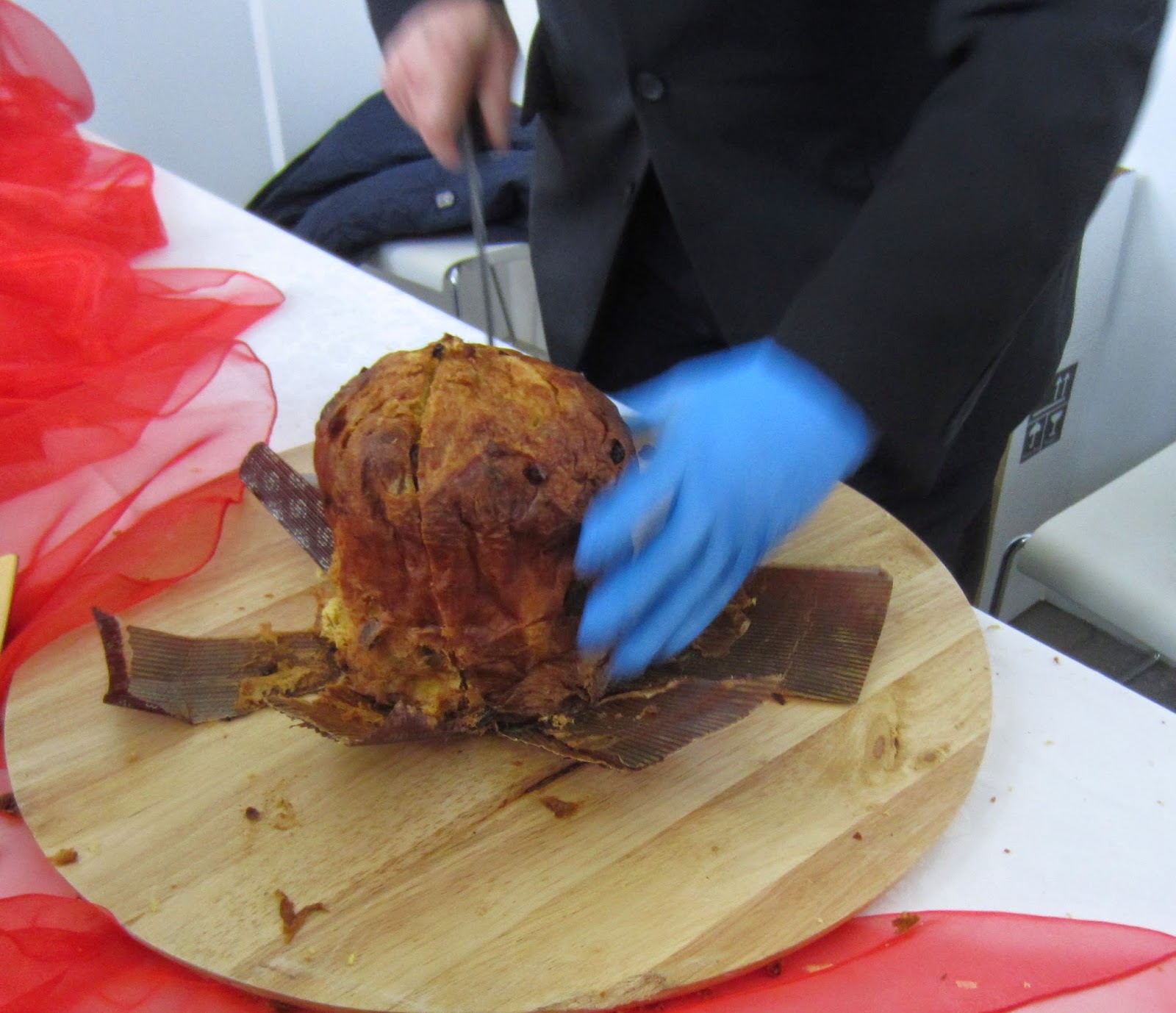 So what happens at a panettone festival?
Bakers bring their panettone to compete. 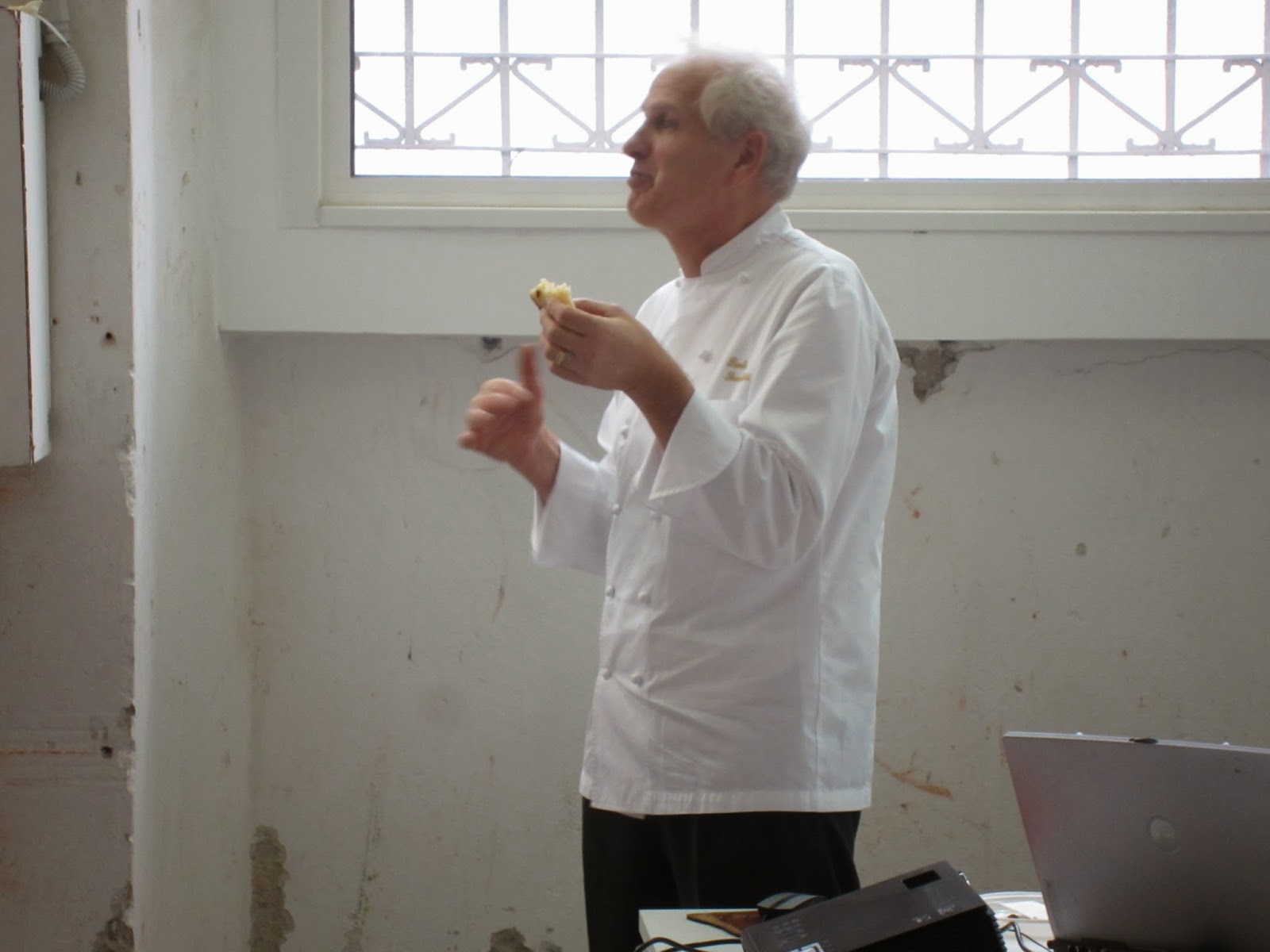 There are tasting lectures and then the judges assemble to rigorously taste, slice after slice. 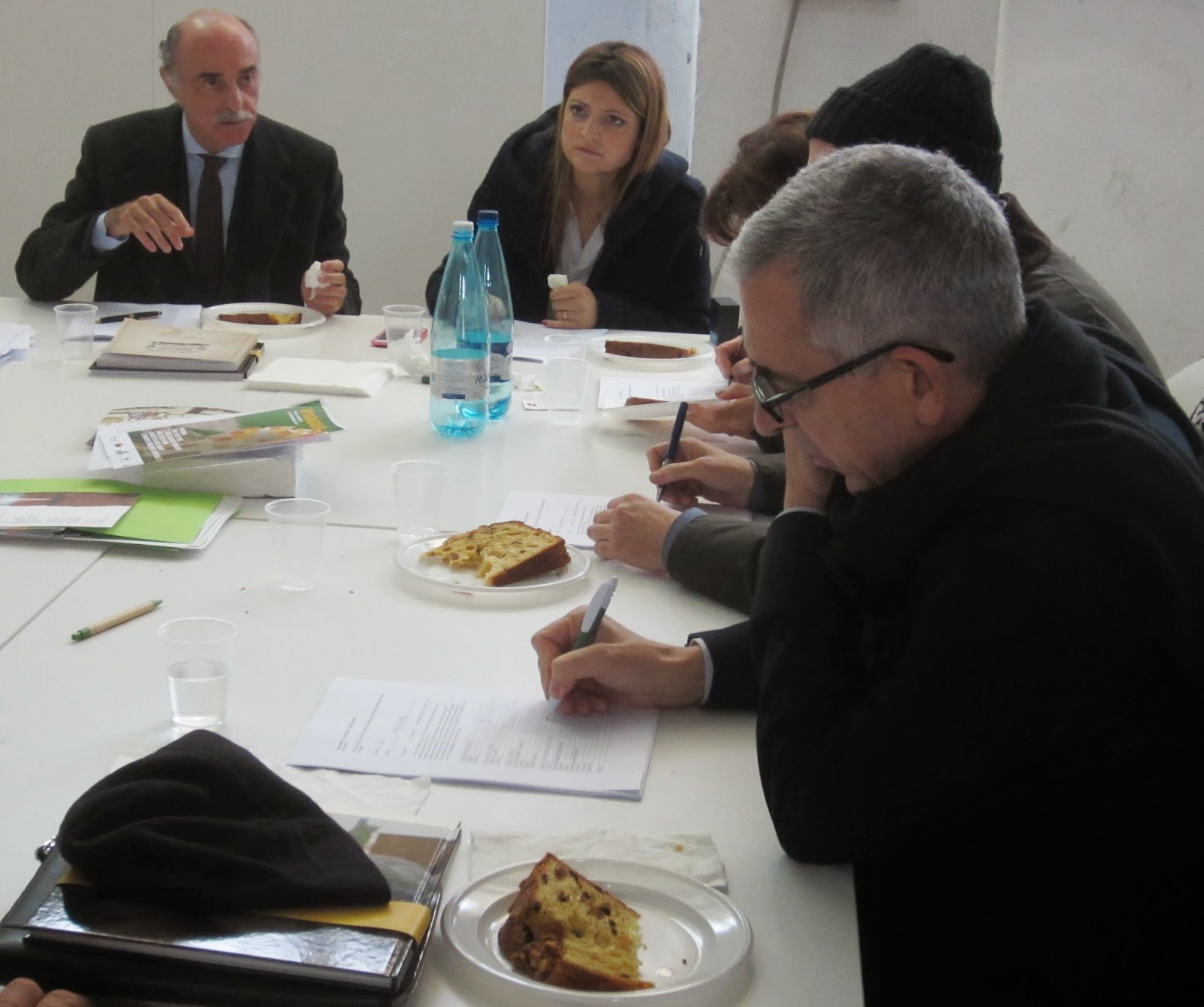 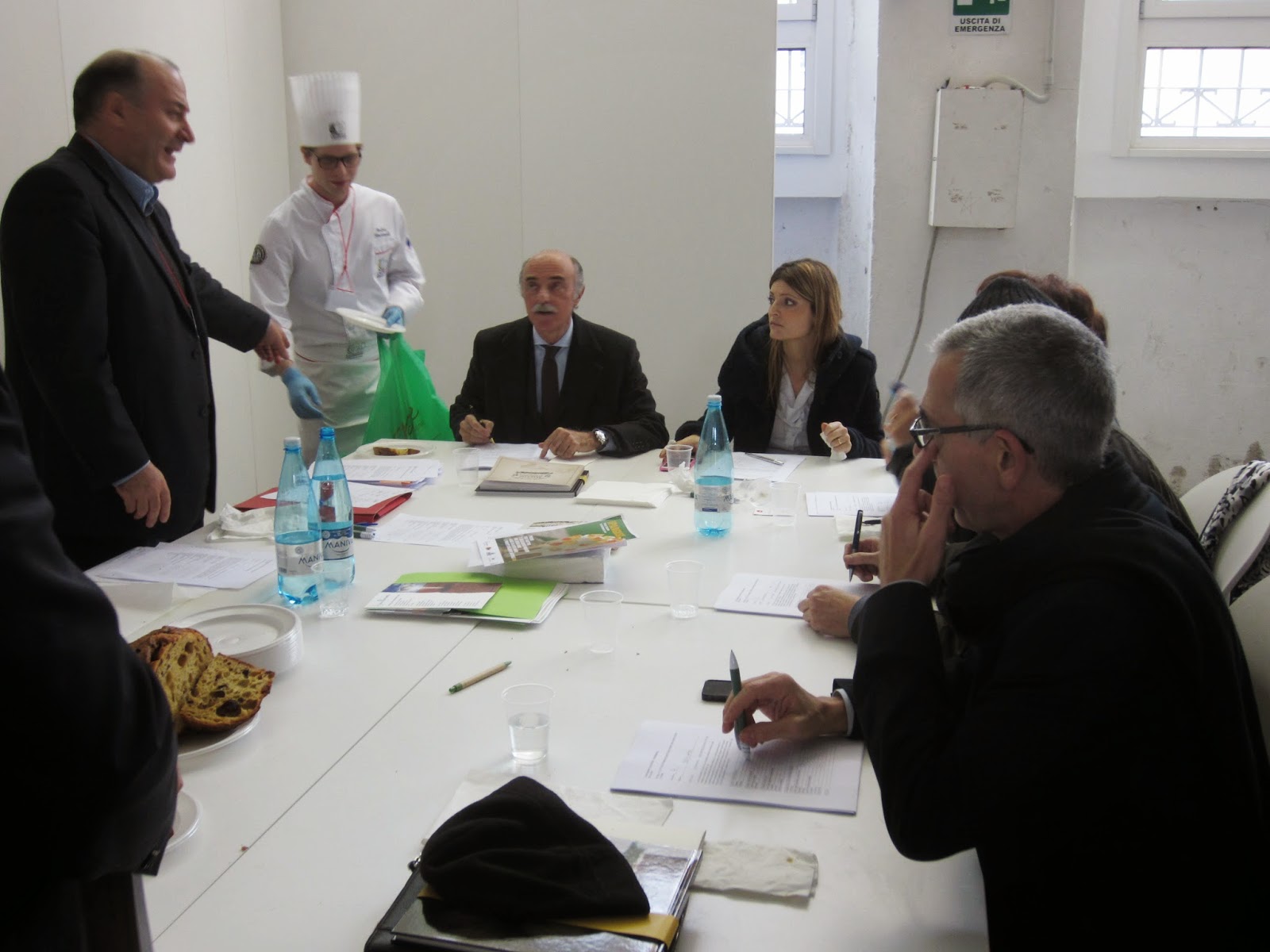 While the bakers wait nervously for the entire two days of the festival to learn whose panettone will be the victor, 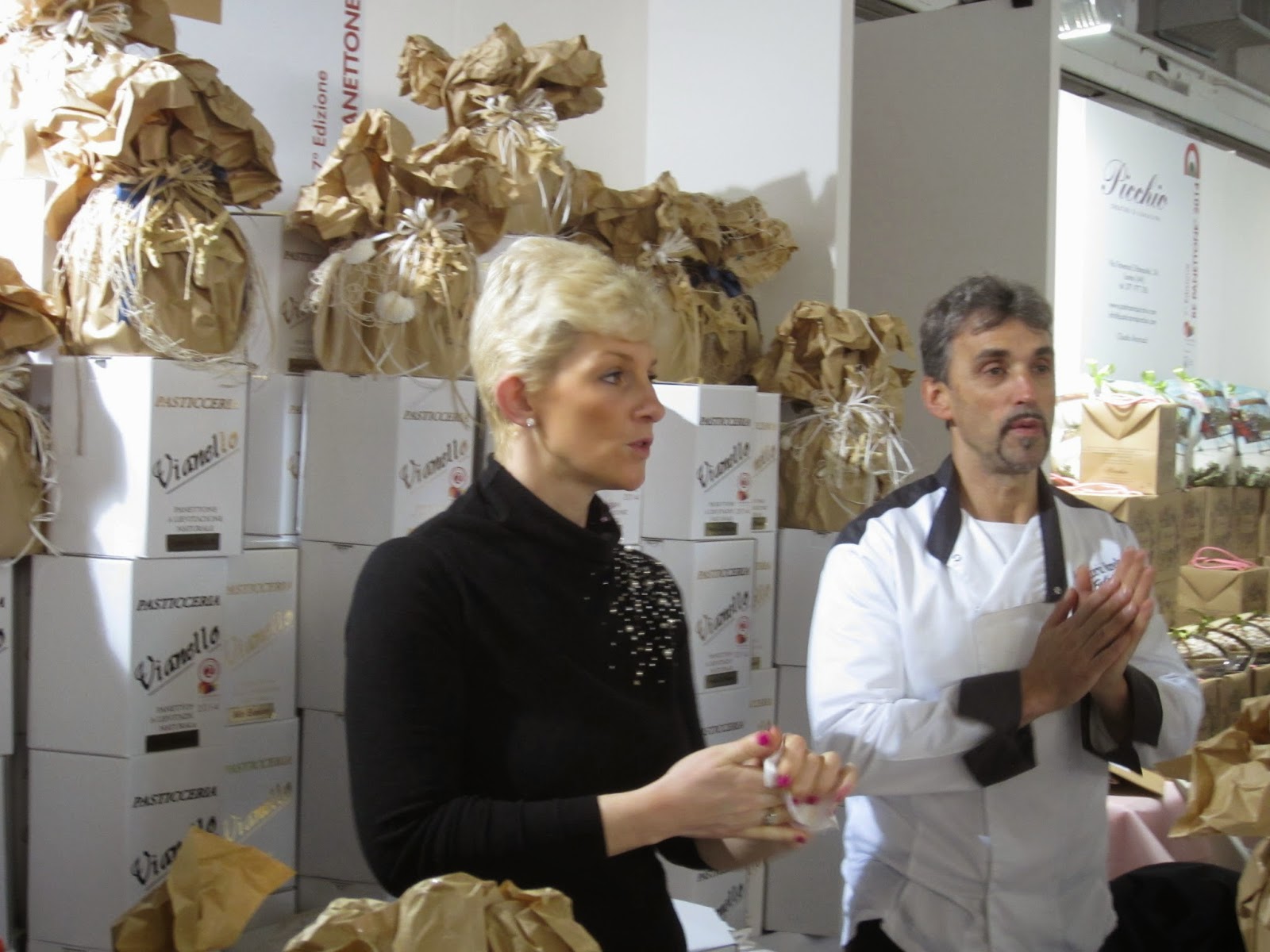 it is out in the main hall that the really serious action happens. 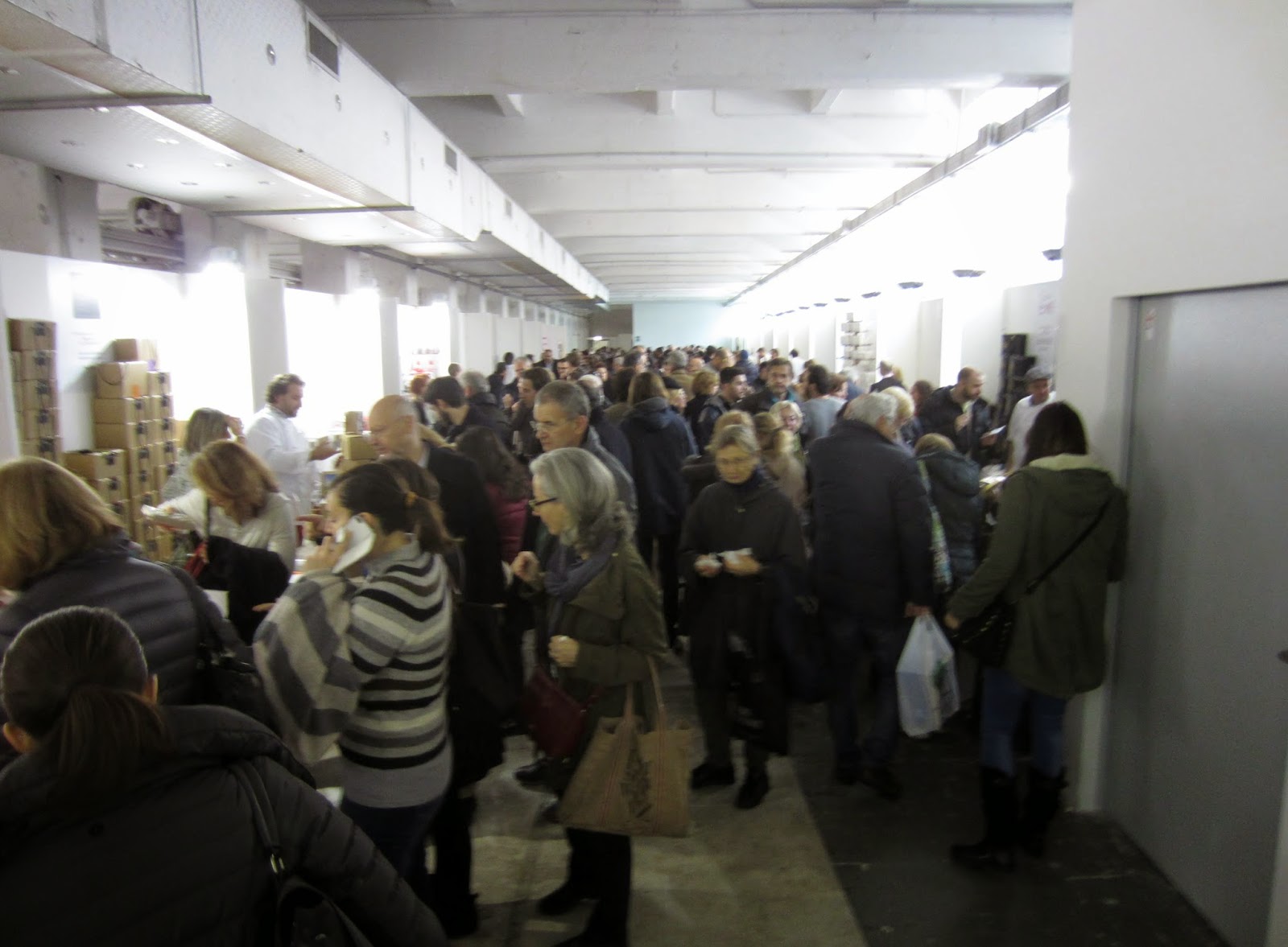 Thousands of slices of panettone are given away to the crowds coming to taste the many flavours on offer. 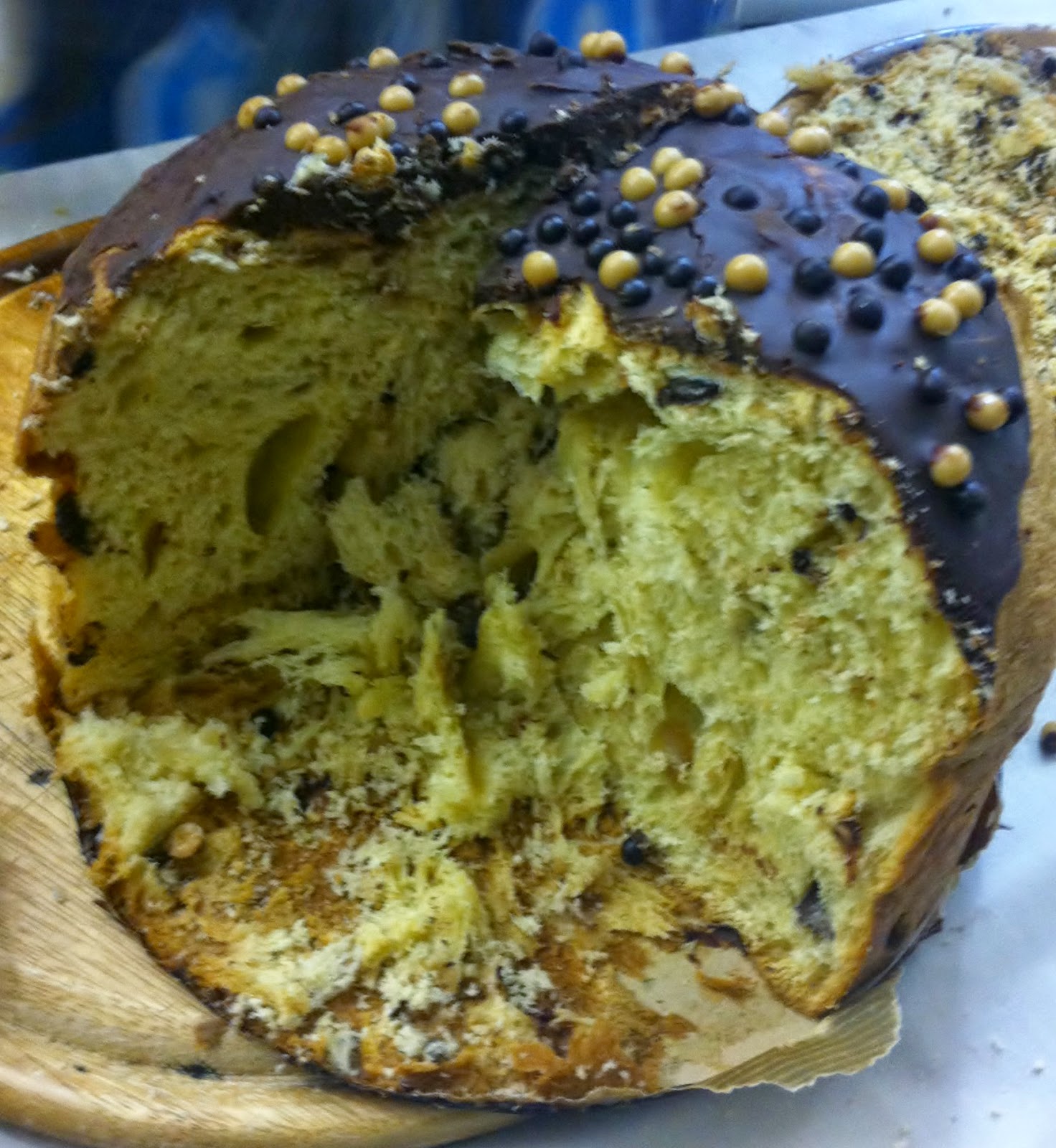 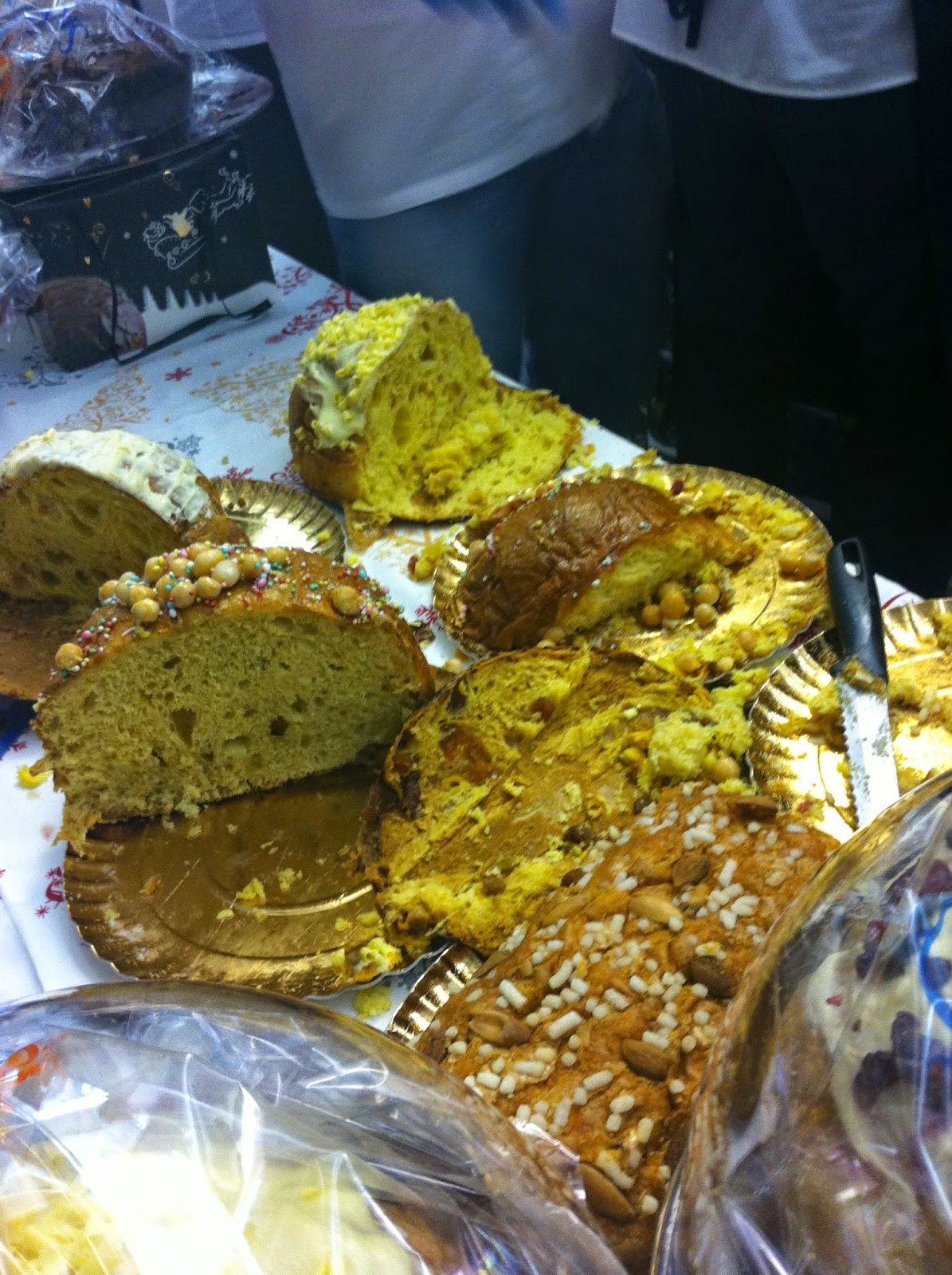 The people's choice seems to be a close tie between chocolate chip and the traditional sultana with candied fruit, 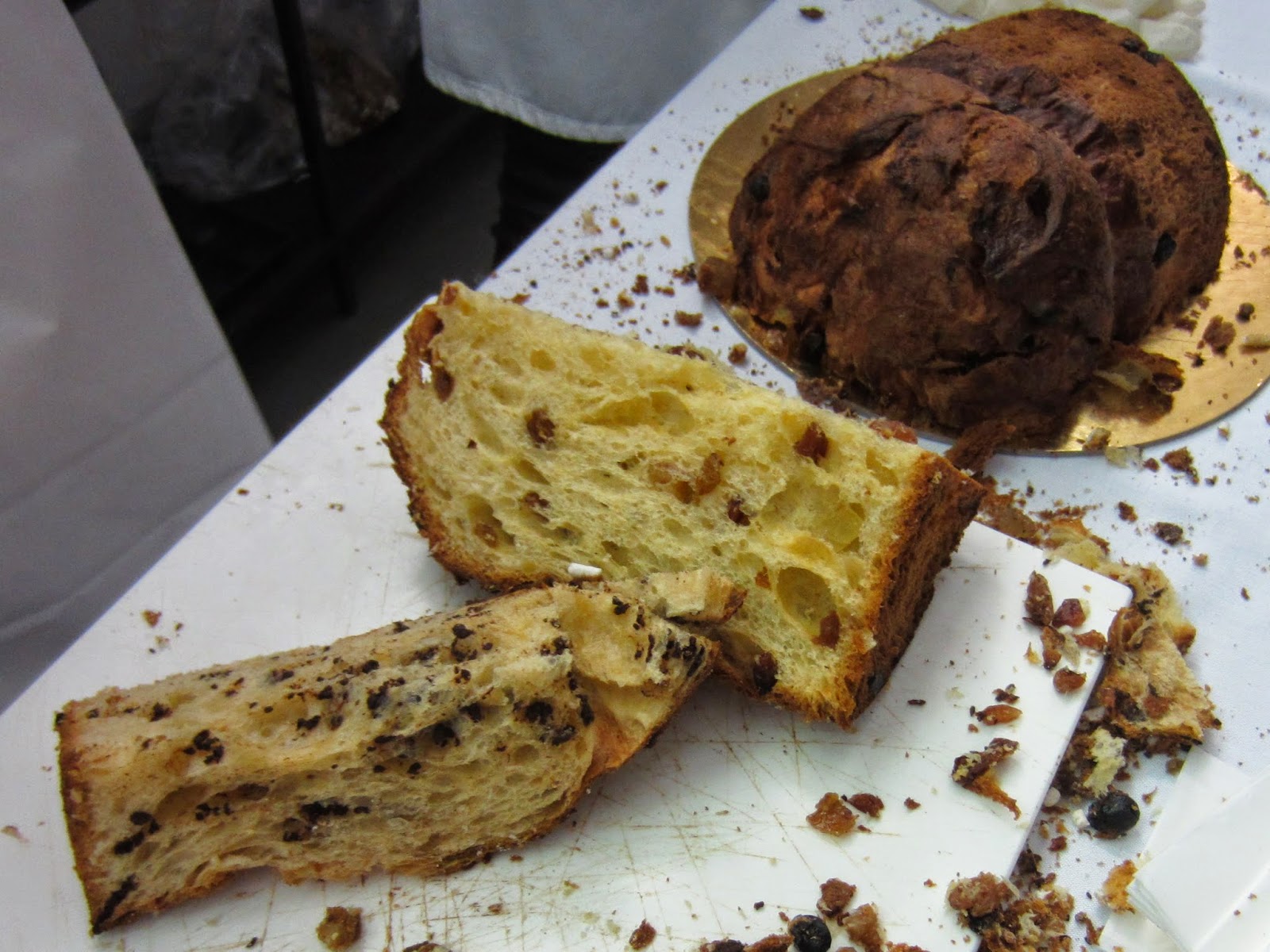 but this year there may be an upset, as the new iced panettone were very popular. 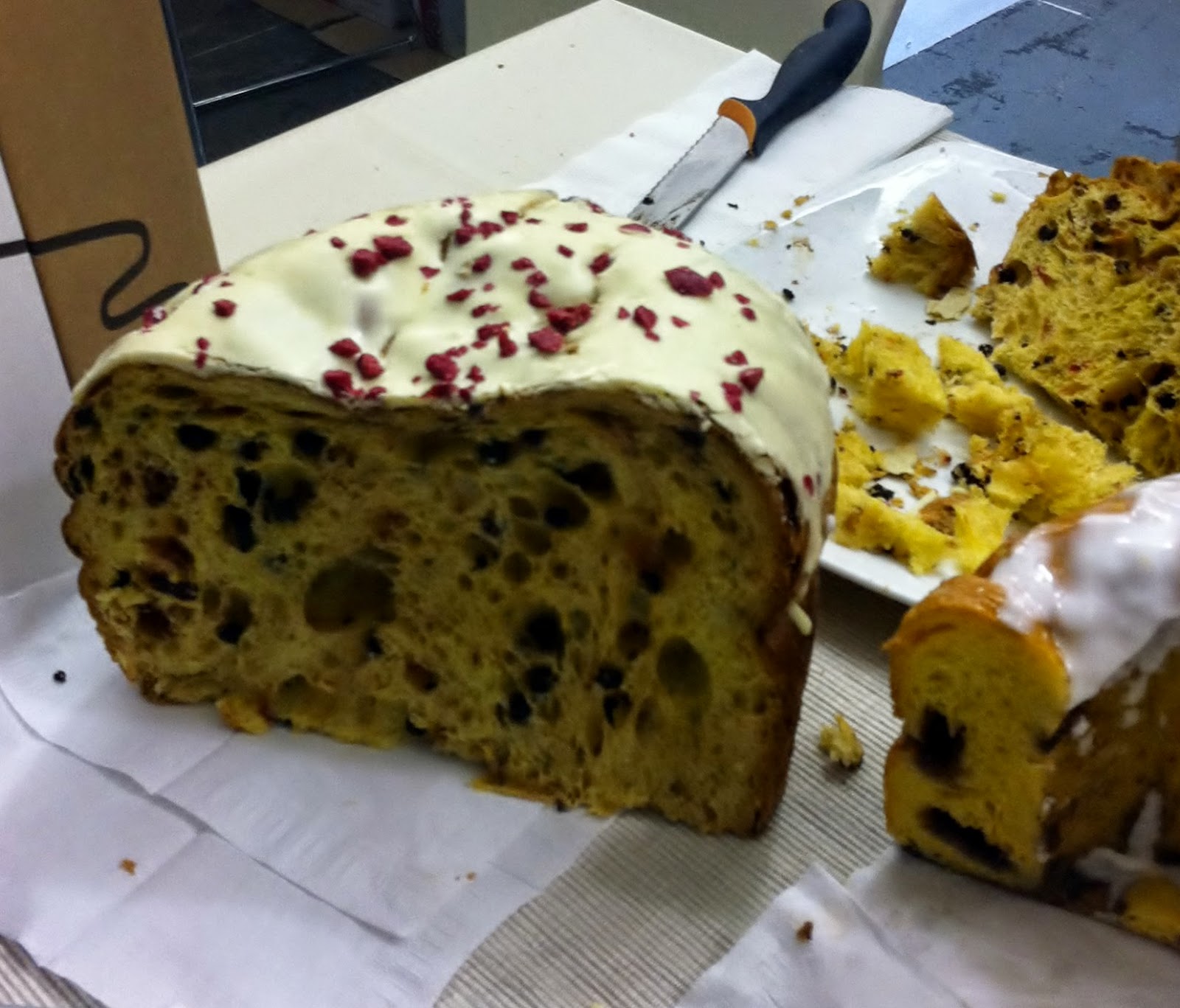 And if you're thinking that all panettone tastes the same - sort of like dry, yeasty bread with sultanas and candied fruit, then we have to say that you are wrong. 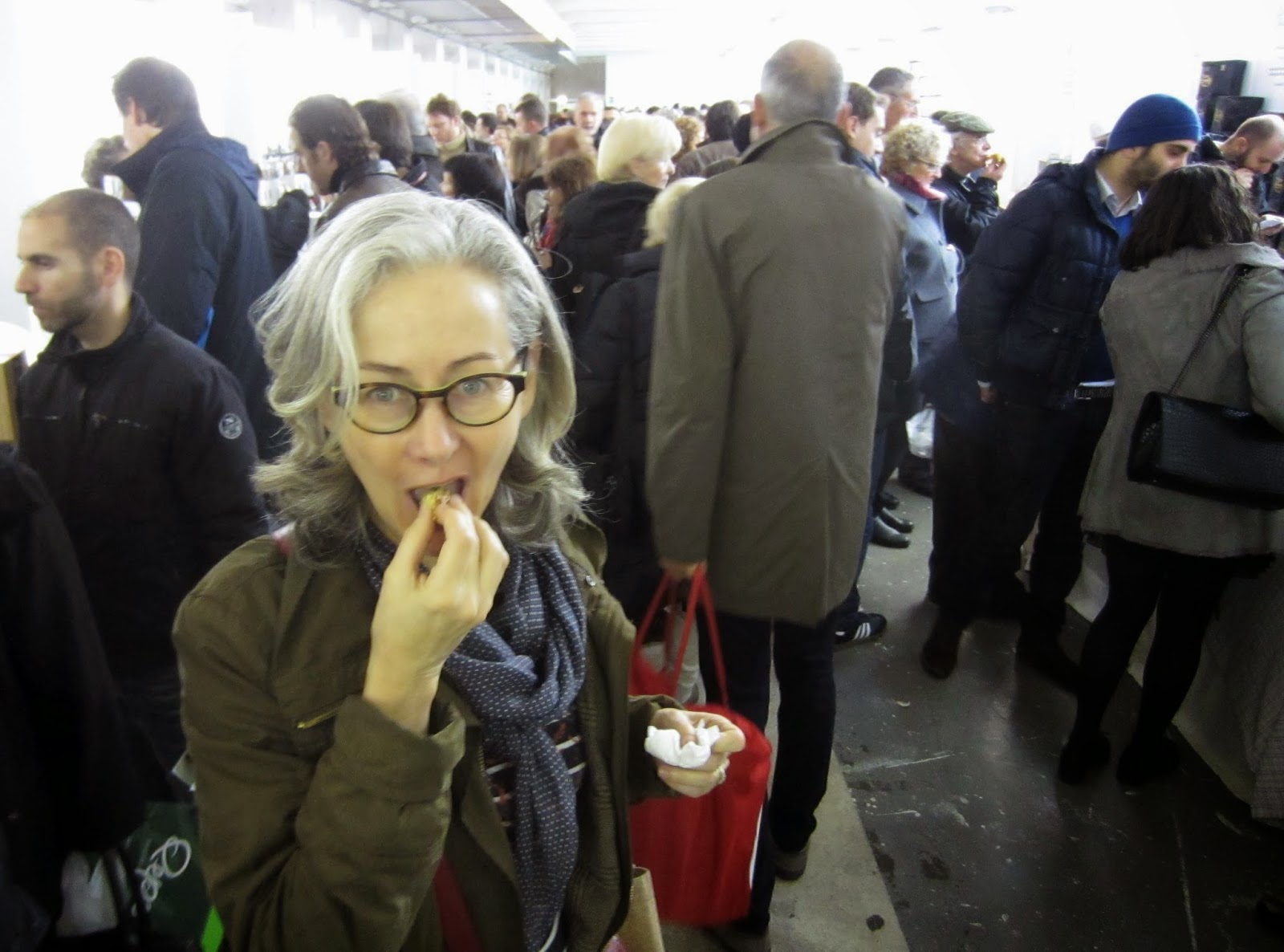 Even though it's only our second panettone festival, we can assure you that the best ones really "melt in your mouth," according to Stefano.
"Mmmm," I agree.

Warning! There will be Panettone tastings on the Central Coast at Christmas this year. 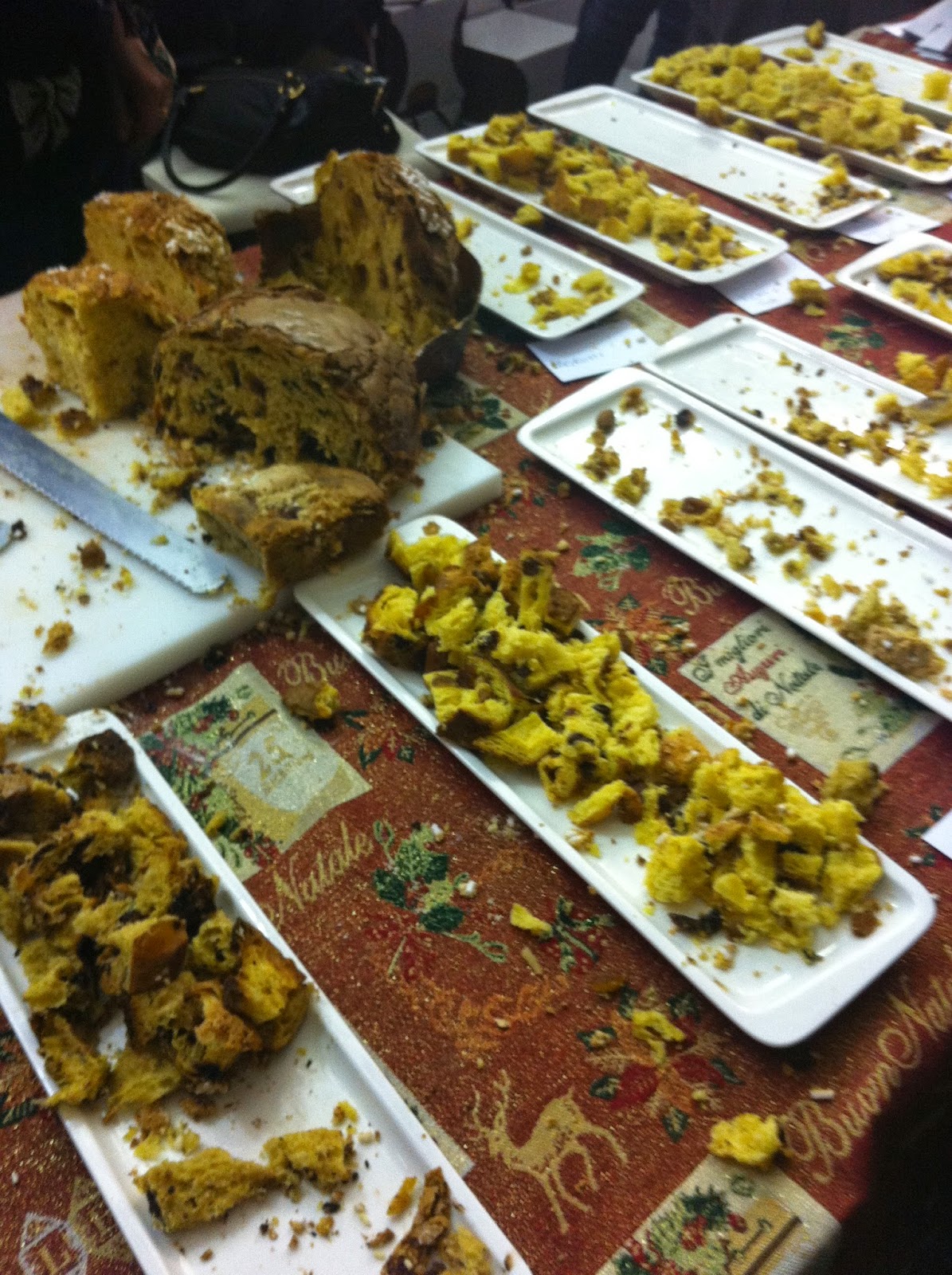 And, we're not the only ones dreaming of a Christmas down under.
It seems that even in Milan, Sydney is the city of dreams. 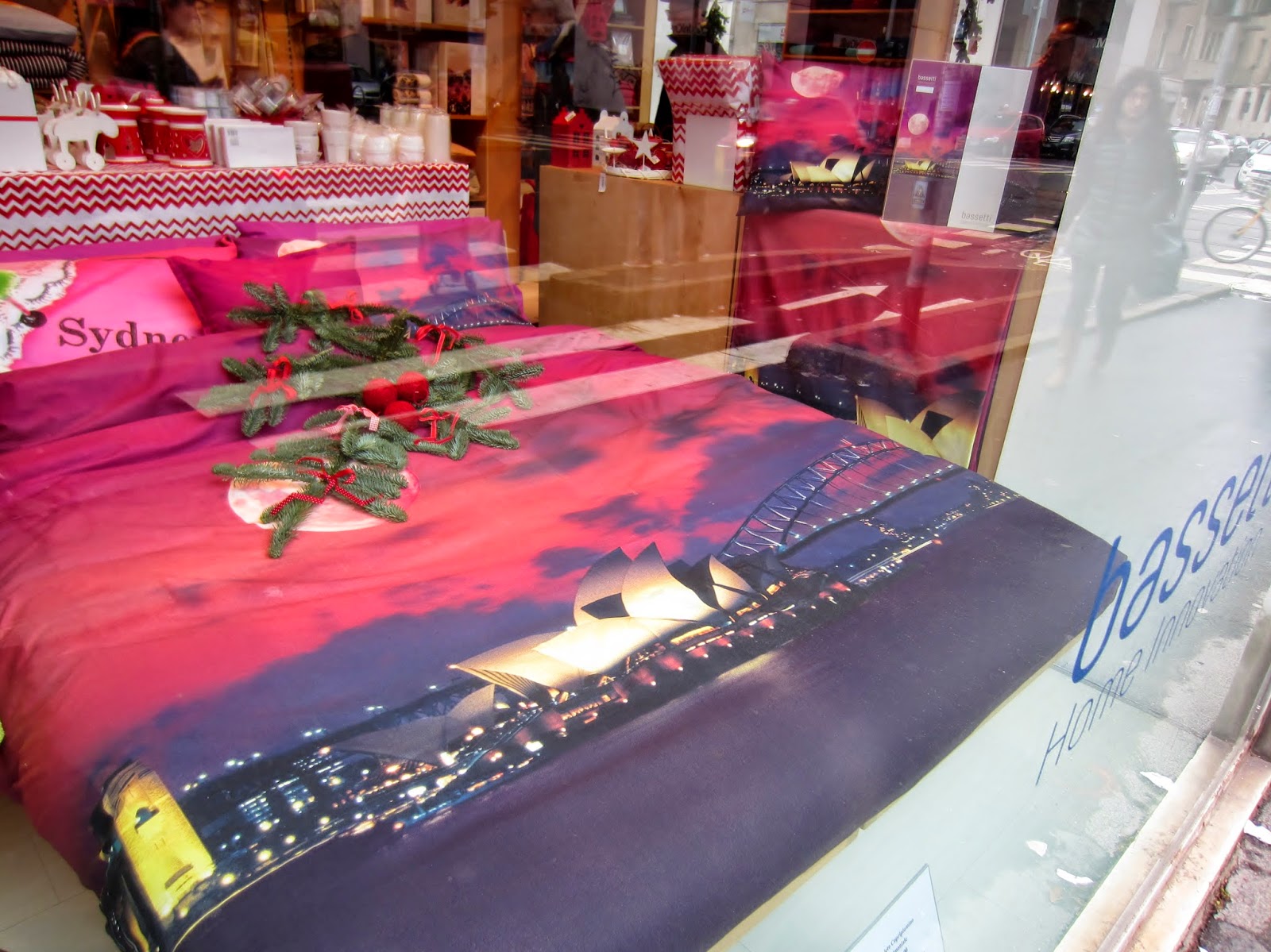